Local preserves company Roger's Own is toasting their success having received a prestigious food award at the 12th Worlds Original Marmalade Awards celebrations at Dalemain. With record entries from around the globe, this Award proves that their marmalade really is world class.

Roger's Own from Mawgan Porth near Newquay, Cornwall has just scooped a Gold, Bronze and four Merit awards in the 12th Worlds Original Marmalade Awards. Roger's Own won one of the marmalade worlds most prestigious accolades for its Pink Grapefruit Marmalade which impressed judges with its appearance, colour, consistency, aroma and flavour. 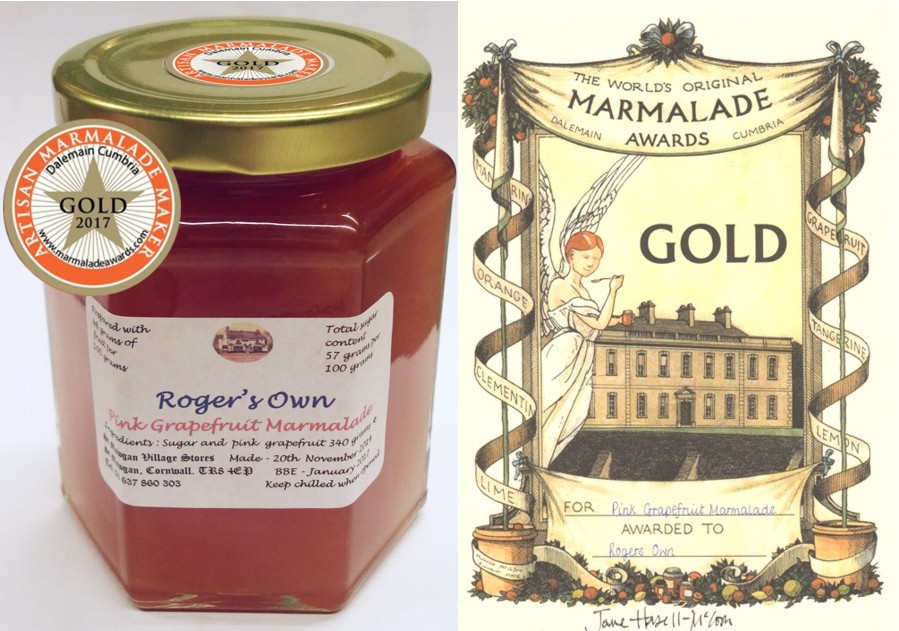 light subtle and fruity with a distinct bitter sweet flavour

a long lasting flavour with plenty of echo